Don’t you get a deja vu when you run a new app and discover the same issues all over again? It’s actually no wonder you do, as some key mistakes tend to recur no matter how hard the developers vow not to repeat them in their next app. Oftentimes, bugs are device-specific due to different configurations and hardware. In this blogpost, we’ve put together a list of mistakes that software engineers make during programming, coding, and tuning, which inevitably lead to bugs in the software. 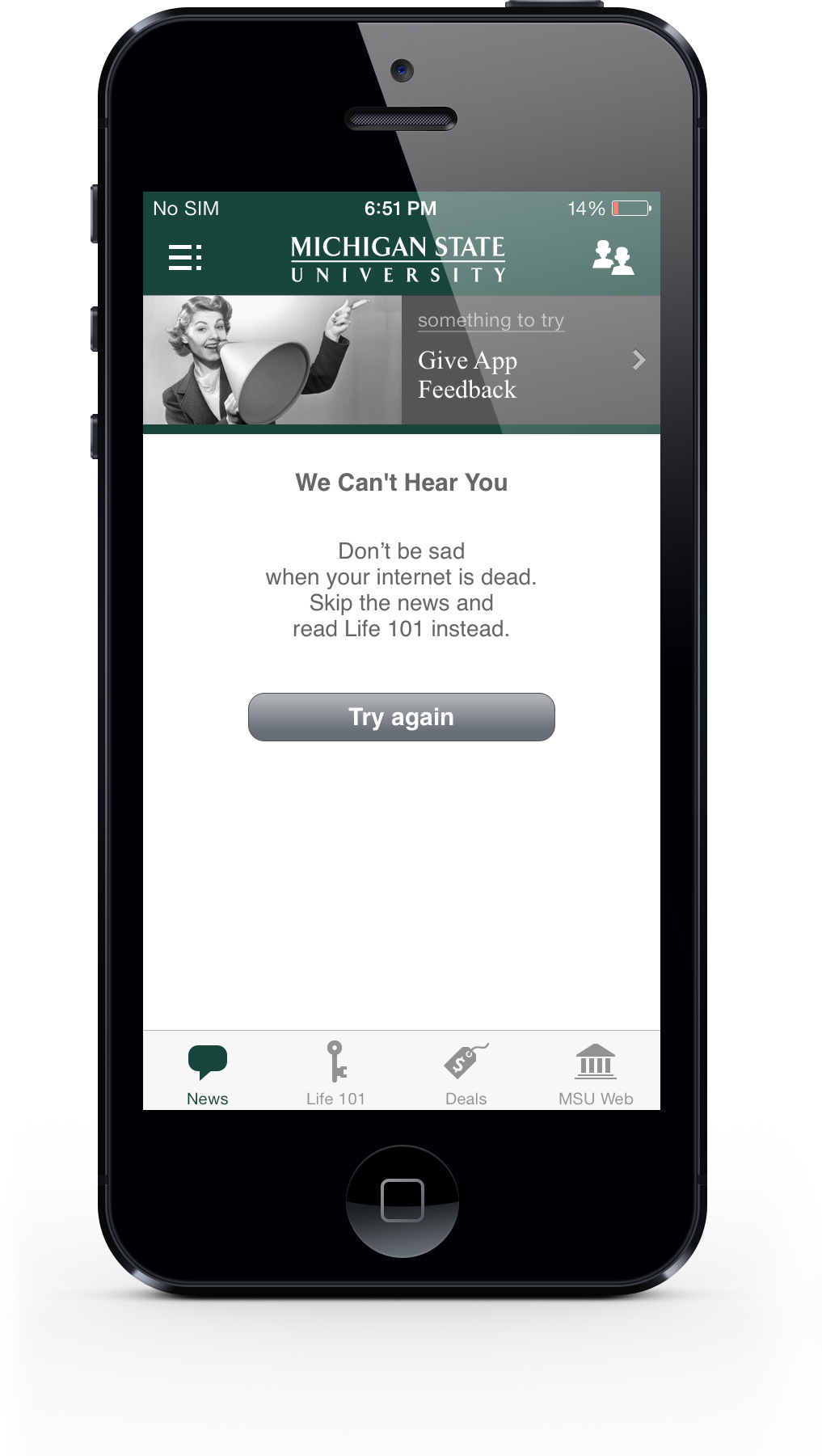 A mobile device is not your laptop or desktop at home or in the office for which the ability to be connected to the Internet through a stable LAN connection is a natural thing. Smartphones and tablets are always suffering from WiFi network instabilities and switching between 2G/3G/4G/Wi-Fi networks.

A mobile app should be prepared to handle the following issues:

In such cases, the app should always inform the user about internet connection loss. Best is a dialog message about the connection status.

Due to various reasons, servers can also have issues, bugs and crashes.

In such cases, the app should always inform the user about the issue.

Most of the applications that connect to the internet, download data from some servers. The app then stores the data in a specially defined place, so next time the app needs that data, it doesn’t have to download it again, but just check if the data is up to date, and use the cached data. This approach has the following advantages:

Caching data is quite useful, however it may cause some challenges:

There are various bugs related to hard coding data in the app. Quite frequently this issue occurs in multi language applications. As an example there are cases where developer needs to add a message about the internet connection failure. What he does is just make the message with hardcoded English text, instead of adding the text of the message to the text resources file. As a result, all users, despite their localisation, see only the English version of the message. The issue is not critical, but sometimes it pays not to be sloppy. Much worse is the case when the button with the text is just an image and then it’s more difficult to localise it.

Another case is when a programmer decides to hard code some data, or text with future plan to change it and then simply forgets about it.

When users are offered to upload certain files through the app, sometimes users can perform quite unexpected actions, such as:

If the developer failed to predict these scenarios, the application’s behaviour, if user tries any of this, may result in a critical crash.

In such cases the app should always inform the user about the requirements. Best is internal check for file’s type/size/quantity, and a hint for a user, with the file type / size and quantity limitations.

If a mobile app uses Access Tokens, you should remember that they have expiration date. Once it expires, the server will not authenticate you any more, so the app should predict such case and handle it properly.

Recommended behavior of the app: ask to log in again.

Apps that allow the users to create and store user generated data are the first to have trouble with database migration. Often when the new version of the app is released, it’s built with a new version of database (e.g. v2.0).

When users of v1.0 start to update their apps to the new v2.0, database migration should take place. It means that all data from v1.0 has to be moved over to the new, v2.0 database.

If the migration process is incorrect, it may result in crashes, incorrect data records, or most likely, users will lose all their saved data. And that’s critical for apps like these.

Depending on a particular project this might not be treated as an issue.

iOS rejection because of incorrect iCloud use:

The reason is that Android is quite a segmented OS, that has recently been installed onto many different types of devices. A set of preinstalled applications may vary, and in some cases there might not be any map application, audio/video player or email client. Then your application has to display a warning message, but never crash.