Byga is a US-based company looking to improve the toolsets youth sports clubs can use to manage their activities and ultimately develop better players. The Byga Mobile App is a unique solution that supports both the complexity of the current season’s activities as well as the changes for future seasons.

The client already had their contact base and a WebView-wrapped application written on Flutter. To further expand their business, they needed a more user-friendly version of the mobile app that would meet the needs of both iOS and Android users.

We developed the Byga mobile application both for iOS and Android. Byga is an operating system where coaches, children, and their parents can fully engage with the club community. Thanks to Byga, everyone stays on the same page and conducts day-to-day operations with ease.

The prime requirement the client had was that we develop the solution as a cross-platform application. With that in mind, our first step was to choose the technology stack that would work best for the project.

The client was considering React Native, Flutter, or Native as options. We started off with doing a comparative analysis of these platforms and their ready-to-use chat messaging solutions.

Since the Byga team had experience with Flutter, and their previous app was based on this open-source UI software development kit, the client decided to go with Flutter in the end. Choosing Flutter was also a great decision because of its potential, and ability to adapt the mobile app to fit the requirements of both iOS and Android using a single code base.

The communication was smooth and straightforward thanks to the strong technical background of our client. To balance the client’s needs with the available capacity of Lemberg’s developers, we adopted Kanban as the method of delivering the Byga application. We presented new features each week, but task priorities could change according to the customer’s requirements.

The design was done on the client’s side. However, our team’s expertise in building apps allowed us to suggest effective UI/UX solutions which could perfectly meet the needs of the end users.

In May 2020, we released the beta version for a limited number of users to further refine and update the app in preparation for its launch. At this point, we received feedback based on which we made a number of fixes and improvements.

Next, in October 2020, we released the full version of the Byga App with a wide range of features for our entire network of users. During the app launch, the Lemberg team was there to fix all the edge cases promptly. At the moment, we continue working on the Byga App, delivering new features and making improvements.

We needed a highly skilled partner in cutting-edge mobile technologies who would operate with a high degree of self-direction and flexibility to work with our Agile team. We have trusted them to deliver high quality solutions, and they consistently brought our mobile vision to life. 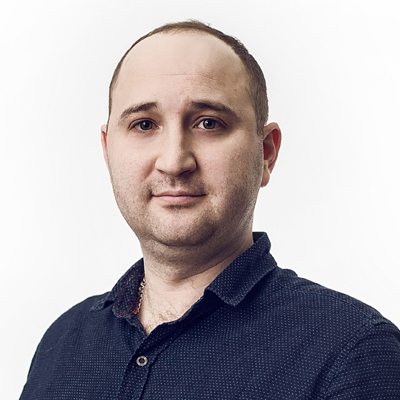