The very idea of mesh networks is not new. LoRaWAN, Zigbee, and WiFi mesh networks are already used for various IoT cases. Bluetooth Mesh differs since it is mostly used for the automation of buildings that allows to transmit data wirelessly. Its network offers a reliable connection for large-scale projects. Up to 32 thousands of wireless devices can communicate with each other without being tied to a central hub.

With such a wide coverage, BLE mesh networking can be used for:

The IoT expertise of our developers allows us to discuss all of the above aspects in detail. We prepared a 5-steps demo on how to create a Bluetooth Mesh network of smoke detectors and therefore reimagine the safety measures of your building. Continue reading to learn more.

How does Bluetooth Mesh work?

Reimagine your buildings with Lemberg

How does Bluetooth Mesh work?

After a device joins the mesh network it is called a node. The process of joining is known as node provisioning and the device that adds other devices is a provisioner.

Hey presto! Your device is now a node on the BLE mesh network. Let’s move on how the nodes communicate.

The interconnection of nodes occurs with the help of message-oriented communication - a managed flood process. Managed flood ensures a multipath approach to data transition that guarantees a message meets its destination. Even if one node fails, the data will be automatically redirected over a different path, securing data transition.

Bluetooth mesh implements a publish/subscribe communication approach. It guarantees that different types of devices can coexist within a network without being bothered by messages from other unsubscribed devices. The process of publishing relies on sending messages to addresses whose names and definitions correlate with high-level principles that users may recognize. And under the term subscribing, devices may be programmed to accept messages which certain devices have sent to specific addresses. 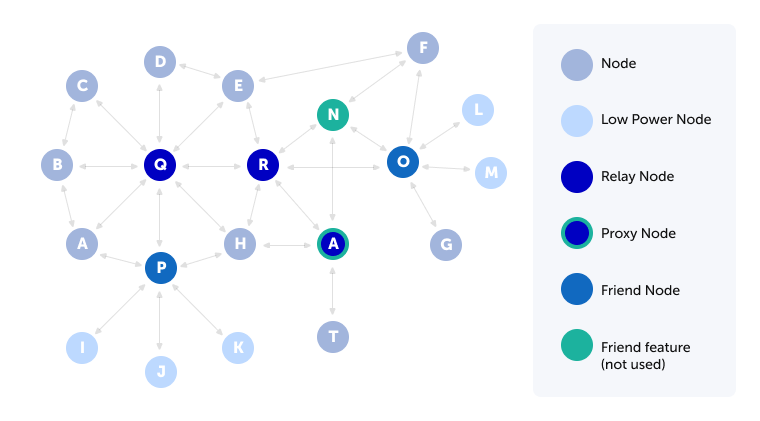 Node topology
Each node can be classified according to the features it performs:

To function as a BLE mesh device, one node must have at least one element. In turn, one element must possess at least one model. The model gives the understanding what functions have a node. And the possible conditions of the function are defined in the model state.

For example, a smoke detector that will be used in our demo, has one function and several states:

There are three types of models:

The main component of the device will be a microcontroller. It will be responsible for Bluetooth Mesh communication and the processing of the smoke detector data.

After researching existing microcontrollers that support Bluetooth Mesh, we decided to go with the STM32WB55 series. STMicroelectronic provides a development kit P-NUCLEO-WB55. It consists of a Nucleo68 board and USB dongle device. See below: 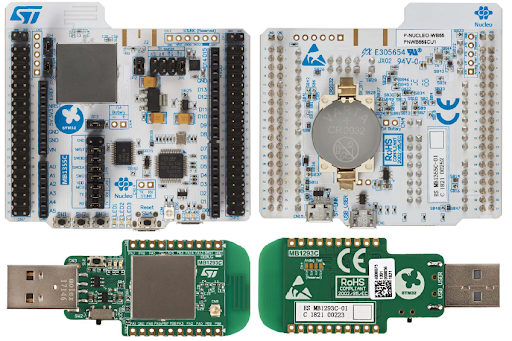 The STM32WB series is compatible with the STM32CubeMX MCU initialization, configuration, and code generation tool, as well as with STM32CubeMonRF software to test and validate RF performance.

The MQ-2 sensor was chosen as a smoke detector. This sensor is used in gas leak detection equipment for home and industry application. It can detect LPG, i-butane, propane, methane, alcohol, hydrogen and smoke. MQ-2 has a digital output that signals the current status. Detection threshold can be changed using the on-board potentiometer.

Pay attention to the schematic of the smoke detector. MQ-2 sensor input voltage and digital logic levels equal to 5 V. Due to that, DO output should be connected to a 5 V tolerant pin (D2 on the Arduino shield connector on the Nucleo68 board).

Each node runs the same firmware and is configured by a provisioner - in our case it’s a smartphone application. To transmit a sensor state, each node uses one client model. Other nodes can access the sensor state polling this model.

After provisioning, all sensors get connected into a single Bluetooth Mesh network. Users can read data from sensors using a smartphone.

For test setup, we created three sensors and provisioned into one Bluetooth Mesh network. Because of Bluetooth Mesh technology, users can connect to the network using a smartphone and monitor all node states even if only one node is located in the transmission area of a smartphone. During testing at least 10 m and one wall between each node were reached. In this case, the smartphone was able to communicate directly only with one node, but using Mesh it had access to other nodes too. 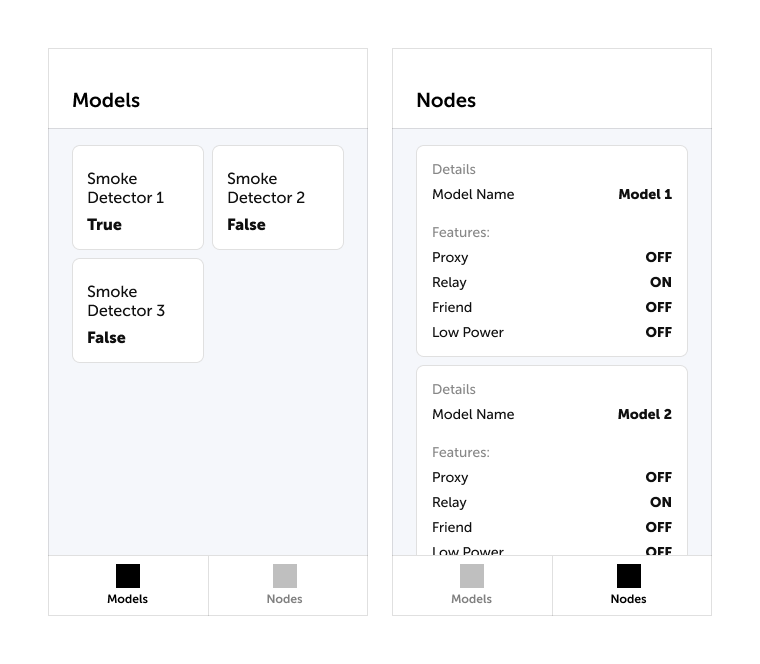 After taking all these steps, the general view of your node device should look like this one. 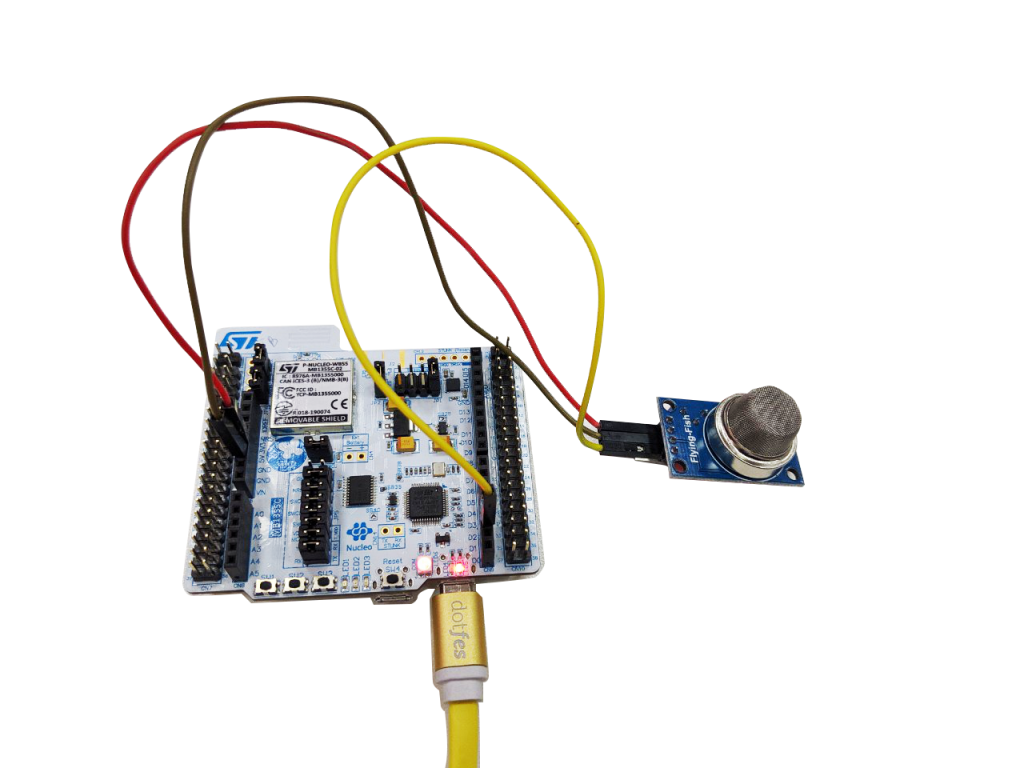 Our approach makes it possible to build a variety of sensor systems and integrate them into existing Bluetooth Mesh networks.

Reimagine your buildings with Lemberg

The addition of mesh networks brings to BLE devices an essential networking paradigm. The network size and scope can easily be extended with the use of Bluetooth Mesh technology.

This allows such companies as Lemberg to develop solutions that will breed results to your business. The demo we showed is one out of dozens applications of BLE mesh technology.

We are here to help you to reimagine the solutions of your smart buildings and to implement new ideas to your next use cases. Contact us for more information on how to implement IoT solutions at your business.

How Secure Is the BLE Communication Standard?