Cavamo’s decision intelligence solution empowers equestrians with an accurate evaluation of an animal's emotional state neccesary for effective training sessions. The heart of this technology is based on 3D convolutional neural network to allow AI-powered detections of a horse’s eye blinking frequency.

Cavamo is a UK tech startup aiming to create a device that helps to maintain effective interaction between a horse and an equestrian. Esmeralda Tuomi, a professional equestrian, and Filip Relander, an AI researcher, are young and ambitious CEO and CTO of the company.

Cavamo is a UK tech startup aiming to create a device that helps to maintain effective interaction between a horse and an equestrian. Esmeralda Tuomi, a professional equestrian, and Filip Relander, an AI researcher, are young and ambitious CEO and CTO of the company.

Our data science and embedded engineers developed and delivered a wearable prototype of a device that monitors an animal's blinks in real time while being attached to a horse. We aimed to make the prototype light and convenient for the horse so that it wouldn't impede training.

We created an algorithm based on 3D CNN, known for enhancing recognition of moving objects, which identified the blinks and semi-blinks of a horse. Our PoC evaluated a horse's blinking intensity which can be used in measuring an animal's stress level.

Our cooperation with the client started from a discovery session with a focus on the analysis of business requirements. Our data science team had to choose a neural network that would work best for our monitoring system. We chose 3D CNN since it was optimal for recognizing objects in motion. Next, our engineers considered eye parameters calculation and open/closed eye detection as possible approaches to training the CNN. We proceeded with the latter approach as it was already known to function well when working with videos.

Since there were no ready-made utilities for data labeling that could suit our needs, we also developed a Python-based tool in order to label the frames in which a horse blinked. Our team labeled 4.5 hours of videos and used 1,165 blink samples as a training dataset for the CNN model. Using the same tool, we checked how the algorithm maintained data labeling in run time. The collection of such data allowed us to make a comparative analysis between the algorithm's and human-made labels to verify the neural network's accuracy.
Other parts of the project were dedicated to the improvement of the algorithm's work by increasing the accuracy of blink detection on video and the development of the embedded system. We developed a hardware prototype that contained a Raspberry Pi Camera Module, an NVIDIA Jetson Nano computer, a Li-po battery, and elastic bands. The Cavamo team went to a horse racing track and conducted endurance field testing to check whether the device could withstand a typical horse's physical activity. We also improved camera configurations since its depth of focus was not appropriate for recording closest objects. In order to collect information remotely, our team embedded a Wi-Fi stick into the device. Our engineers strengthened the device's tolerance to high humidity, heat, and mud so that it wouldn’t compromise an animals' safety and could read data properly.

Together with the client, we agreed on organizing a status meeting at the end of a two-week iteration to demonstrate intermediate outcomes of the research and plan the next steps. As a professional AI scientist, Filip made invaluable contributions to the NN training. After we finished the first version of the device, our team held an online meeting and presented it to the client. Convinced that the demo worked properly, we sent it to the Filip and Esmeralda. When they received the prototype, we conducted online training and explained the device's functionality in real-life conditions. Our work on the project isn't finished yet, and the Lemberg team is planning the next phases of cooperation with the Cavamo startup, so stay tuned for future updates.

With Lemberg's help in software and hardware prototyping, Cavamo was able to turn a concept into a baseline MVP. Lemberg regularly updated Cavamo on milestones and took an active part in design and development cycles. 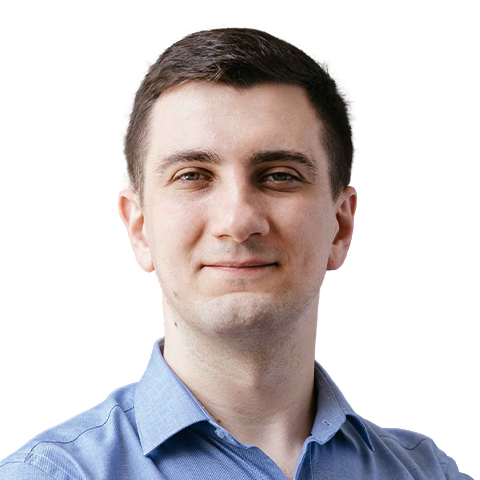